Insteon Replacement Options? We Have a Few Ideas.

If you are looking for Insteon replacement options, you aren’t alone.  Many of us that have a UDI controller also have a lot of time and money invested in Insteon products.  At least we think we do.

Officially, Smart Home and Insteon shut down some time ago and finally posted a note online in April of 2022.  The note read in part that they thought they had a buyer but it didn’t happen.  Then some fans got together and are attempting to resuscitate at least the Insteon part.  Someone else quickly grabbed the smarthome.com domain.  The new Insteon owners got the Insteon website back up and are working diligently to get back up to speed.

The business problem of the home control market is simple.  Using me as an example, unless I move and buy new gear every time, once I get my house working, I don’t need much from Insteon (Or UDI for that matter).  It is why so many companies have gone to the “razor blade” style or “membership” model.  For many years I had a VPN to my home and didn’t need to pay the UDI subscription fees.  I think I was a pain in Michel’s ah…. side.  Eventually he and the UDI team found my pain spot and created a value proposition I would pay for.  Now I have an annual contract.  When my credit card expired I came unglued, because I was addicted to the connection and forgot I was paying for it.  Well done Michel and company.

My last five homes all had Insteon lighting, and electrical control.  The first had an HAI panel, The next had OnQ, and the last three UDI/ELK to take the skills of the lights up a notch.  When I owned a Crestron dealership many years ago, that house was awesome, and crazy expensive.  Crestron survives because you need them and your dealer to keep your stuff running.  Honestly with an Amazon Echo and my iSY, the system I have now does everything the Crestron did for the price of a Crestron touch screen.  I’ll take slightly cheaper looking buttons to save 90% and have a control interface that can be taught in a couple of hours to non-nerds.

If you haven’t read “Crossing the Chasm”, it is a great book about technology and it fits the home control market perfectly.  Home Control hasn’t “crossed the chasm”, we are still in a niche market for some reason.  Looking backwards down the audio video and consumer level home control market there is a littering of failed ideas, brands and products.  I add audio and video because we all use remotes right?  My own family still doesn’t get the value of a good control system.  I love changing the lights for movie time with my voice or my  Universal remote.

There is a big question about the model.  Do you protect dealers and require consumers to buy through a dealer?  Logitech did both for many years with their higher end universal remotes.  My opinion is that the home control business needs to go that way.  Interestingly UDI already has.  One of the few companies that has been rock solid since I bought my first iSY in 2008 has been UDI.

Most people in my neighborhood see my automated lighting as a silly toy.  At the same time, most of them love it that my holiday lights (LED waterproof rope) changes color every holiday automatically and comes on Friday’s Saturdays, and any time we hit the “party” or “guest” button on our keypad.

Somewhere is the middle ground, like satellite TV or most alarm panels.  A pro installs the system or helps the “prosumer” and then the owner owns it.  Now we are back to the question of “how does the industry keep making money from it’s loyal customers? How many ways can a light switch go on and off?  With UDI that can happen.  It’s easy enough for anyone to program, and complex enough that a pro can justify getting paid.   I charge $175 per hour for remote programming and if you read the forums you won’t need me.  I just happen to live where people value their time and don’t want to read forums.

I read a lot of forums, here and elsewhere and I read between the lines.  Sometimes it gets me flamed like when I noticed there hadn’t been a post here in over a year.  So, I know there are a lot of you wondering about UDI like I was a couple months ago.  No one can predict the future but right now everything looks good.  For me, the worst case is if any one brand in my home system fails, I’ll find a similar replacement even if I have to go back to X-10.  My iSY doesn’t care, and with a few keystrokes, my system at home will just keep doing what it is doing quite well. Thank you UDI.

The other cool thing about UDI is the forum itself.  Unlike other useless forums there are some very electrically inclined forum members, like andrew67 who showed us how to self repair a failed Insteon controller.  Some of us might call it a switch.  His how to repair post in the forums included pictures that are very helpful.

Part of the reason I have stayed with UDI for so long is the simplicity and reliability.  I won’t pretend to understand all the stuff the super users are doing on the polyglot area, but I am learning.  In my dreamworld the new eISY would be internalized to a Request server, then I would have everything we though MS windows media servers would be in the 1990’s.

If you keep up in the forums, you know that I am still happily plodding along with my iSY 994 pro.  You also know that the eISY is coming soon.  There are a few poliSY’s still in stock so if you want to upgrade without going to the leading edge, maybe now is a good time.

One of the reasons that I switched to UDI so many years ago is that UDI gave me choices and didn’t appear to be tied to anyone.  While I did like the all in one security panel home controller, the UDI iSY gave me so many more options.  What is your UDI story?  How did you get started here?

The Wait Is Over!

5.3.0 Is Now Official
and
Z-Wave Plus Certified

“Trees that are slow to grow bear the best fruit.” ~ Moliere 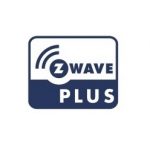 We have been working on 5x firmware for about 5 years now while, along the way, we developed Polyglot, Polyglot Cloud, Polisy and – thanks to our fabulous developer community – about 90 node servers. We are extremely happy to announce that 5.3 firmware is now official and it’s Z-Wave Plus certified!

As a token of our appreciation for your patience during our journey to 5.3, for a very limited time, we are offering 20% discount on ISY994i ZW+ Series, and Polisy. Please use the following coupon code at checkout: