As you may already know, and thankfully, the Climate Module is going away. ‘Thankfully’  because, now you have many other options and services to choose from. But, which option and service is the right one for you? Let’s find out!

The first thing you will have to figure out is which platform to choose. For the 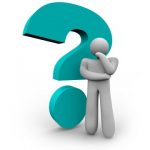 new weather services to integrate with your ISY, the following requirements must be met:

If you have already signed up for MobiLinc Connect Module/service, then your choices are restricted to the Network Module + Polisy. The reason is that ISY can only support one proxy service: either ISY Portal or MobiLinc Connect.

The advantage of ISY Portal is that it does not require additional hardware. The advantage of Polisy is that you can integrate your ISY with a lot more things out there. In addition – and if you don’t use MobiLinc Connect – Polisy comes with 2 year subscription to ISY Portal free of charge.

Get to Node Your Weather Service Server

Weather service node servers connect to a specific weather service and query for current weather conditions and daily forecasts. The goal is to make the various node servers similar, but there are differences in the specific data returned by each service and the number days of forecast data available.  Different services use distinct data sources and various algorithms for determining forecasts. You will need to determine which one works best for your region.

Most of the services offer a free subscription plan, along with paid subscriptions. The node server only takes advantage of the data in the cheapest plan, typically the free plan.  In addition to the queried weather data, the node servers attempt to calculate the evapotranspiration–a fancy term for land evaporation combined with plant transpiration–based on the daily forecasts. All of the weather service node servers will work with either ISY Portal Polisy. Node servers are available for the following services:

The WeatherPoly node server is designed to work with existing weather software that is locally installed.  Most weather software can be configured to export data to a URL.  By pointing the export URL at the WeatherPoly node server, the data can be parsed and forwarded to an ISY. This currently works with MeteoBridge, Cumulus, and AcuParse. It is also possible to make this work with WEEWX via a modified extension. This allows access to data from personal weather stations that don’t have a network-accessible API. This only works on a Polisy.

The choice is yours

It’s always good to have choices, and with all the different weather related node servers, there’s something for everyone.

Alexa and Google Home Enhancements Your Own Energy Expert!